BLOG › Google Phone › How to Use Google Translate: Tips and Tricks

How to Use Google Translate: Tips and Tricks

Part 1. How to Translate Text

The app is simple to use where you need to enter the text in the current language and then choose the source language in which you want the translation. The recently used language is automatically selected by the app for the translation but you can choose the one as desired from the available options.

Steps on how to translate text: 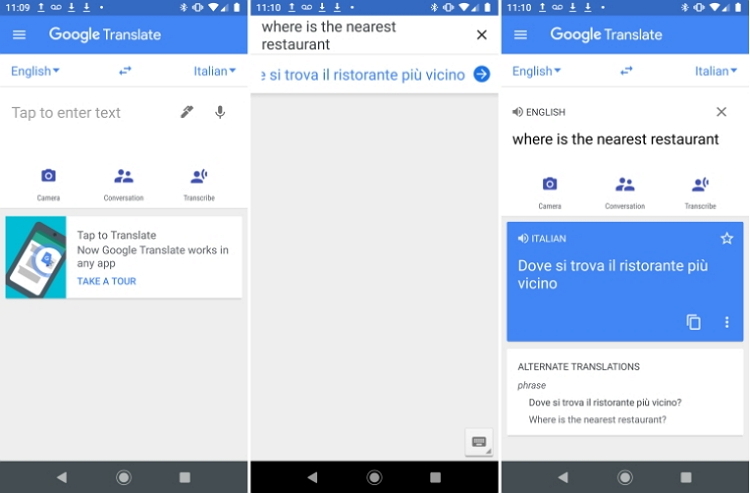 Part 2. How to Translate Pictures

Google Translate allows translating the text from the captured images in your gallery. 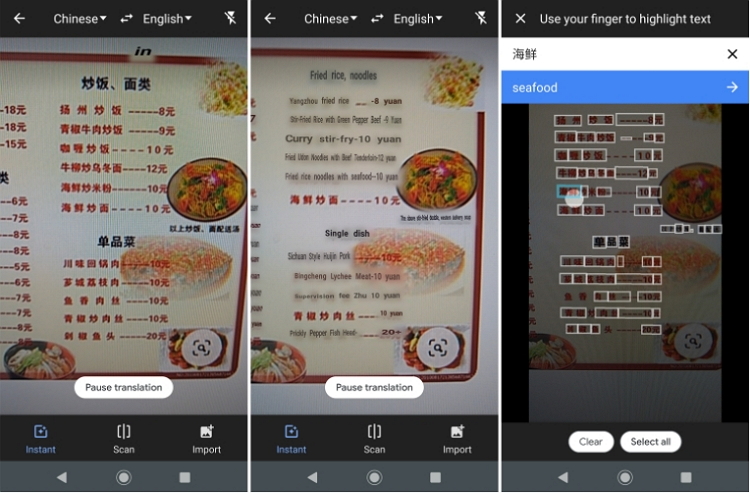 Translating the text in any picture or an image using the device camera is a very useful feature of the Google Translate app. Using this feature, you can translate any sign, menu, or other documents in the desired language. Though live translations are supported by the app, there are a few languages that might require a downloadable language pack.

Steps to use instant camera translation:

Part 3. How to Translate Conversation

To talk to a person who is speaking in some foreign language that you don’t understand, Google Translate supports real-time conversations. The conversation can take place automatically or manually as desired. 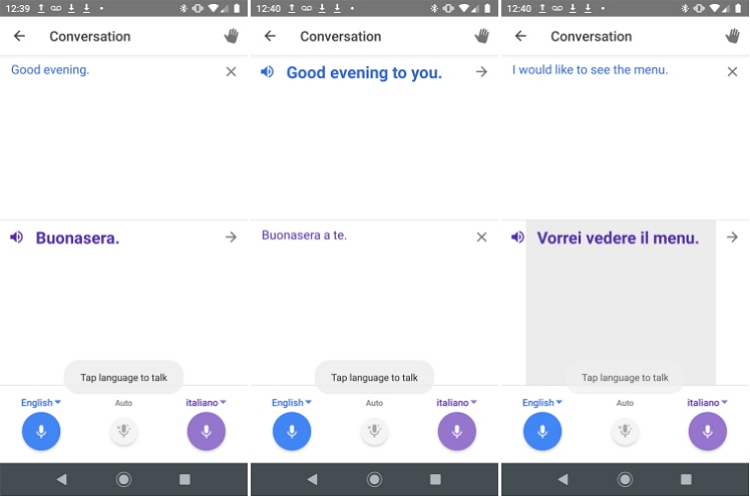 Part 4. How to Translate Speech

If you wish to give some speech to an audience who does not understand your language, speech translation is a great feature of Google Translate. The steps to use the feature are as below.

Part 5. How to Translate Handwriting

Handwriting translation can also be done using Google Translate but this feature is not very effective for all the languages. Translation majorly depends on the text’s neatness and legibility. 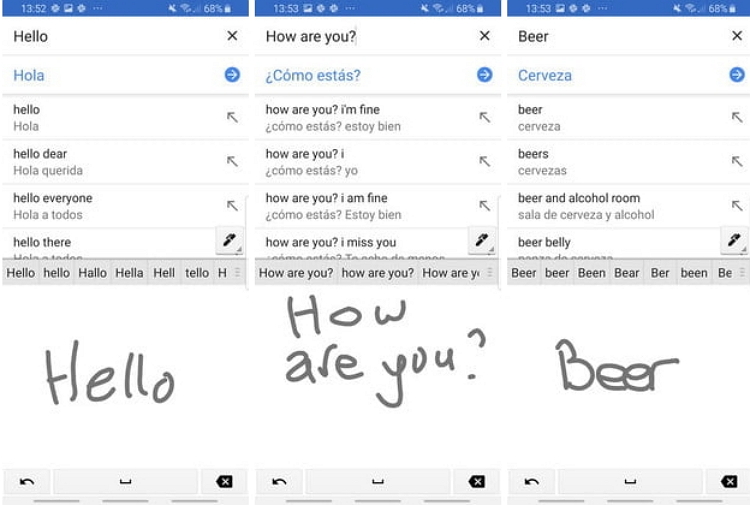 Part 6. How to Use Phrasebook

The Google Translate app helps you create a customized phrasebook having the translated words that you use frequently for future reference and having language frequency.

Steps to create and use a phrasebook: 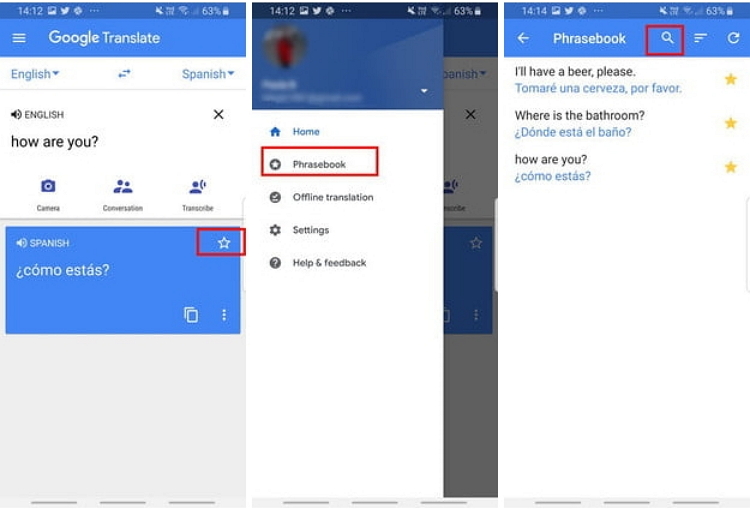 Part 7. How to Translate Offline

How to use Google offline translation: 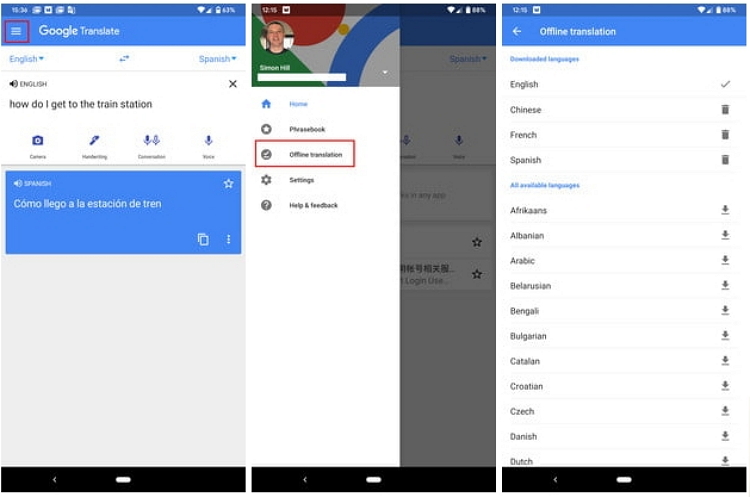 Part 8. How to Use Google Assistant for Translation

Google Assistant is an excellent feature of Google that helps in getting several tasks done on your Android as well as an iOS device with just a voice command. The translation is one of the supported features in the long list of Google Assistant. Using the Interpreter mode of the Assistant, translation can be done in over 44 languages like English, Greek, Hindi, French, German, Japanese, Italian, Russian, Thai, and many more.

The Interpreter mode of the Google Assistant can not only be accessed from your smartphone but also from other devices like smart speakers with built-in Google Assistant, Google Home Speakers, smart-clocks, and more.

Translating conversations become much easier using the Google Assistant on your smartphone. 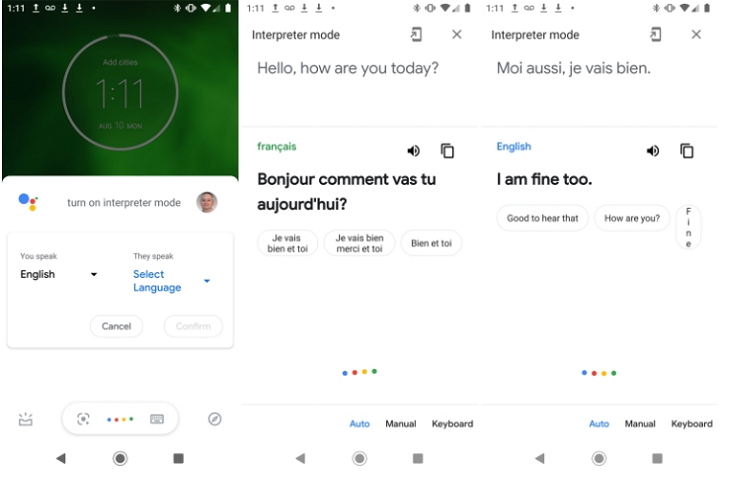 Looking for a tool that can help you convert your images into other formats for free? Wondershare Online UniConverter is the best to consider as this is an online tool that works straight from the browser without any need for software installation. All popular images can be converted to JPG, BMP, PNG, and TIFF format. The tool allows two concurrent conversions at a time and the processed files can be saved to the system or Dropbox.

Step 2: Click on the Choose Files button to browse and add images from the system. Select the desired target format at Convert to tab.

Step 3: Click on the CONVERT button to start the process.

Step 4: After the conversion is done, save the file to the system or Dropbox as needed.