What's the Difference Between BMP and JPEG 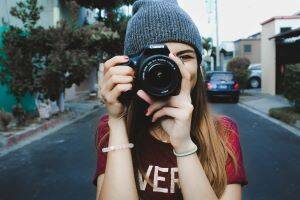 BMP and JPEG both are the image formats and widely used to store images on the computer and mobile devices. These are actually image extensions which are used for the graphics files. Everyone can use any of the image formats according to their need of sharing the files or storing them but the most common issue is that people don’t know which format can be used for which purpose. In this post, we will discuss the difference between BMP and JPEG formats so you can easily understand which is best in BMP vs JPEG and where to use.

If you want to know about the main difference between in BMP vs JPEG, then you can go through the table below.

BMP is an image format and this is uncompressed format so the files of this format are very big in size as compared to the other formats. BMP files are mainly used for the windows programs on the Windows operating system computers. The BMP format graphic files come with its own colors in every pixel of the image. These images come with higher resolutions than compared to the JPG images.

b. How to Open BMP Files?

This is very easy to open BMP files because this format is totally free from patent so many programs support opening this format files. For the Windows operating system, there is no need to install any separate program because you can directly open the images in a default photo viewer. If you want to open it with other third-party programs then you can try XnView, IrfanView, and GIMP. Some advance image processing programs also support opening these images such as Adobe Photoshop Elements, etc.

JPEG is also a graphic files format which is most commonly used among people and on most operating systems. JPEG files stand for Joint Photographic Experts Group. The main difference in the BMP vs JPEG is that JPEG format file are tightly compressed image format. JPEG images come with less resolution than compared to the BMP files. This format files supports up to 16 million colors. JPEG files come with the powerful technology which allows them to analyze the important information for every image. It automatically does necessary changes to the images which are not possible to catch by human eyes.

d. How to Open JPEG Files?

JPEG images are supported by both Mac and Windows computers and most all social media sites as well.

Step 1: Find the folder where you have kept the JPEG images.

Step 2: Now double click on the image and then select the default image viewer of your windows operating system.

Step 1: Open Finder on Mac and go to the image folder.

Step 2: Now simply double click on the image which you want to open.

This is the main information about BMP vs JPEG image formats. You can now easily use and open any format image file according to your need. If you don’t worry about the small changes in the quality then you use JPEG image format because these files are very small in size and you can store them anywhere very easily.

Wondershare UniConverter could convert JPG to BMP or BMP to JPG without losing quality and fast conversion. Most common image formats could be converted in UniConverter. Check more information under below.