BLOG › Convert & Compress & Edit Image › Is There Any Differences between JPG, JPEG, and JPEG 2000

Is There Any Differences between JPG, JPEG, and JPEG 2000 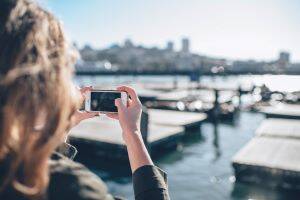 "I often use JPEG images, and I have noticed that there are two very similar file extensions: .jpg, which my mobile's camera and the Preview application use. I have wondered what the difference between the two is."

While dealing with online images and pictures, JPG and JPEG are two of the most commonly used formats that you will come across. In many situations, you tend to get confused about which format to use. So to help you decide JPG or JPEG, read the following parts of the topic.

a. What are JPG and JPEG Format

Standing for Joint Photographic Experts Group, JPEG is a raster image file format that uses lossy compression (in the ratio of 10:1 to 20:1) and is used by the digital cameras and other devices. The format is majorly used for storing as well as transmitting images over the net.

Talking about JPG format, it is the same as JPEG, and both formats can be considered as interchangeable. The major difference in both formats lies in the number of characters used in their extension. JPEG uses .jpeg (4 characters) as an extension while .jpg uses 3 characters. The original .jpeg extension was cut short to .jpg as the earlier Windows versions (MS-DOS and FAT-16 file systems) supported only a three letter extension for the file.

The limitation for the number of characters in the extension was restricted only to Windows and DOS users while UNIX and the Mac users continued using the .jpeg extension. However, the new versions of the Windows support more characters in their extension but the majority of the people have been used to using the JPG file.

So in nutshell, there is no difference between JPG and JPEG image format. JPG is the outcome of the Windows and DOS limitation, and now is one of the most commonly used formats.

b. The Different Between JPG and JPEG 2000

Though JPEG and JPEG 2000 are proposed by the same company and sound similar but there are a number of differences between the two formats and both of them use a completely different algorithm. JPEG has been in use for a long time, whereas JPEG 2000 has been a recent format and also a better and sophisticated one.

In conclusion JPEG 2000 is an error resilience format that can offer high compression ratio along with flexible progressive decoding. The drawback of using the format is its limited support with the browsers and high computational complexity. JPEG, on the other hand, is a highly compatible format that can be accessed by all types of browsers, software, and devices. Some of the associated cons related to the format are its blocking artifacts, no option for transparency preservation, and no option for the lossless mode in the format.

JPEG 2000 can be accessed and opened using different software. Some of the popular ones are listed below.

Wondershare UniConverter provides more than 1000+ video converter format and common image format to convert. Both can use on Windows and Mac system. See more information under below.