All Kinds of Laughing Emoji Memes You Should Know 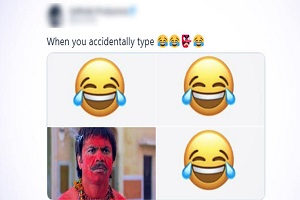 Below is a list of the different types of laughing Emojis, their meanings, and the proper situations you can use them:

The crying laughing Emoji is the normal laughing Emoji that depicts something hilarious; hence, the yellow face has a big grin, smiling eyes, and tears dropping from each eye corner. It was adopted on Emoji 1.0 in 2015 after getting approved on Unicode 6.0 in 2010. It is also called the tears of joy laughing Emoji.

This Emoji is the best response for situations or messages that are very pleasing and funny. 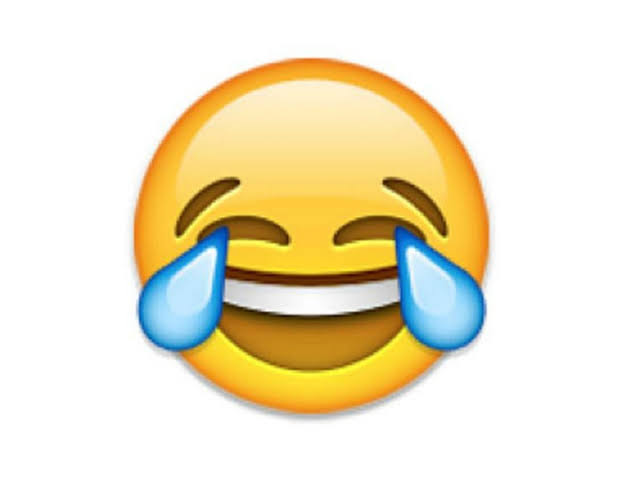 With this Emoji face meme, the sender reacts with solid emotions to comment or event. 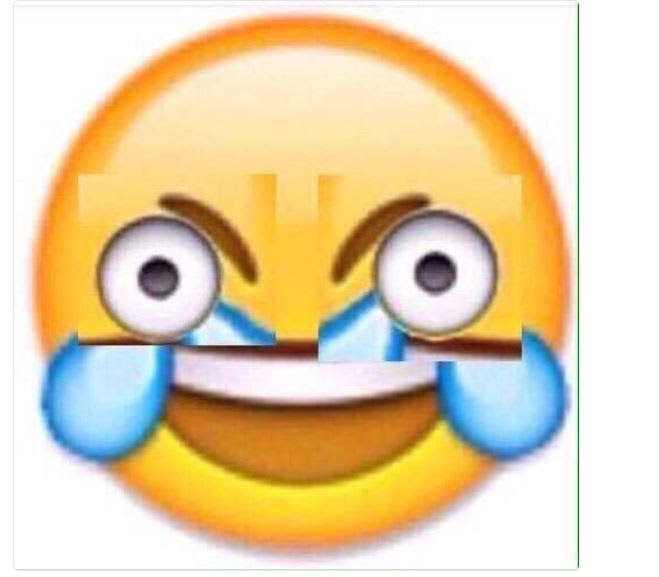 A smile Emoji meme is often used as a simple, courteous response to a situation. It can indicate content, approval for something or someone, and a simple greeting. The yellow face is curved upwards to indicate a smile, while the eyes are straightforward.

This Emoji is ideal for light compliments or a calm, happy response to information. It can also be a response for appearing interested in conversion but not interested.

This meme laughing Emoji comes with a full grin and smiling eyes as though one is saying “Cheese!” before taking a picture. The tone of this Emoji varies from silly to warm, to amused, or even proud. Depending on the platform variant, the teeth may be crosshatched or smoothed over.

Use the beaming face with smiling eyes Emoji meme to show gratified happiness or a radiant expression of joy. 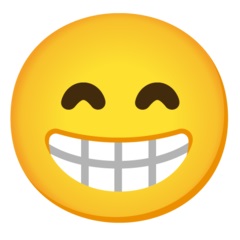 This Emoji comes with a genuine smile that shows the upper teeth and sometimes, the tongue; and smiling eyes. With this Emoji, you are showing amusement and general happiness. It is used in situations of excitement, response to good news, saying congratulations, etc.

A yellow face represents this laughing Emoji with a big grin and x-shaped eyes tilted to one side as though it is rolling on the floor and laughing. On most platforms, the tilting is to the right, with tears rolling down each side of the face. This Emoji was added to Emoji 3.0 in 2016.

The rolling on the floor laughing Emoji (acronym ROFL) is used as a more intense response to situations and comments considered more hysterical than situations requiring the normal crying laughing Emoji. People that send this Emoji do not send one of it but many Emojis to convey the extent of laughter. 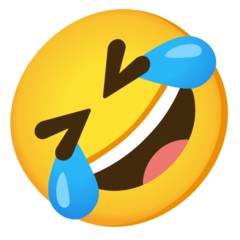 The grinning face Emoji is broader than a smiley Emoji, and it is used to show that you are genuinely happy for a person or a situation or pleased at some news shared with you. It is represented by big excited eyes and a grin that shows the teeth. When you look at the grinning face Emoji, all you want to do is smile or laugh along. It is indeed one of the classic laughing face Emojis you will find online.

You use this Emoji to give genuine compliments to those who deserve it, to show that you are genuinely excited about something, and as a way of congratulating a person on some achievement or big news. 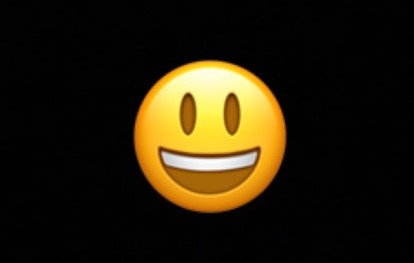 The grinning face Emoji is a more intense version of the grinning face with smiling eyes. This Emoji shows boldness in displaying your happy state of mind because you are not shy to show that you are excited and do not care what others think. Most people find this Emoji adorable.

It is best applicable in a situation where you are not ashamed of expressing your excitement about something, and even if you don’t know if the other person feels the same way you do, you do not care. It can also be used when you are ironically trying to show happiness and positivity in a grim situation. 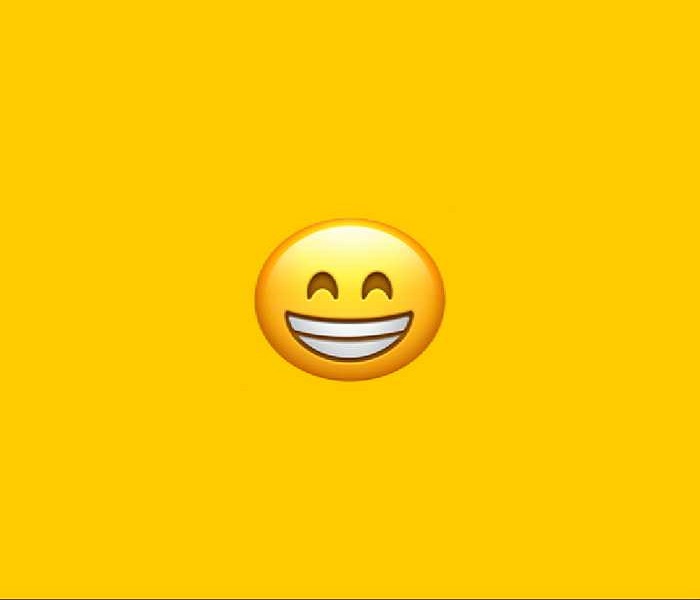 It serves different purposes, such as exercise-related responses, relief after a moment of tension, or even embarrassment. For example, imagine you are saying "Whew!" after a close call and wiping the sweat off your face, and you have this laughing Emoji meme. 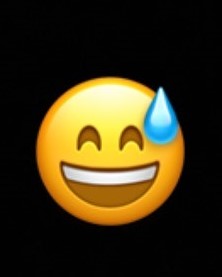 Also known as the "Big Grin", the grinning face with squinting eyes Emoji is a yellow laughing Emoji meme with a big open smile and X-shaped or squinted eyes. It conveys a burst of very hearty laughter filled with positive emotions. 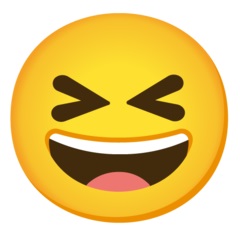 Pro Tips: You can remedy the awkward situation if you send an Emoji meme face to someone who doesn't get the meaning of the Emoji face. Doing this is by attaching an extra simple description in a meme text. The text could be long or short. Media.io Meme Generatoris a fast online tool to help you do this. With it, you just need to upload a laughing Emoji meme, then customize a simple text on the meme to make it easier for whoever you send it to understand it.

Here's is a detailed guide for you:

Step 2: Add the meme text to the Emoji face and customize it by alignment, font, style, color, etc.

Step 3: Choose the correct output file size for the meme to share on your chat with your friends. Generate the meme and save it. 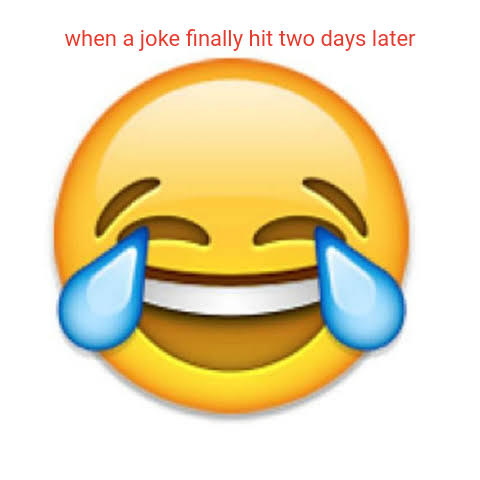 Part 2. How to Draw a Laughing Emoji [Simple Guide]

Here is an easy step-by-step guide on how to draw a laughing Emoji with just a piece of paper, pencil, eraser, and pencil colors or crayons: 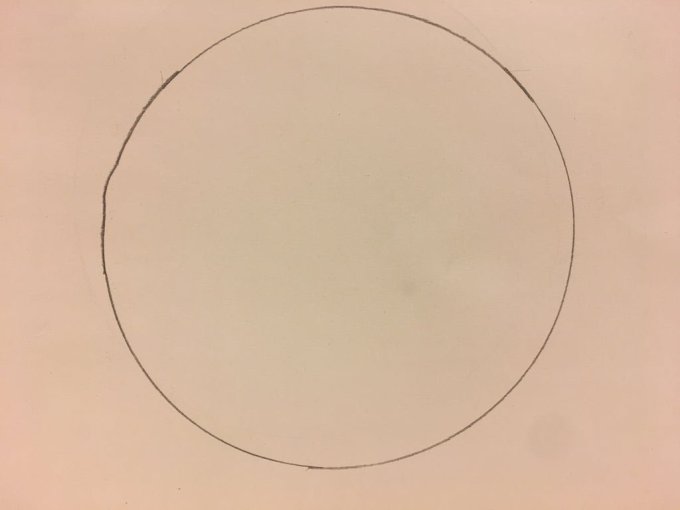 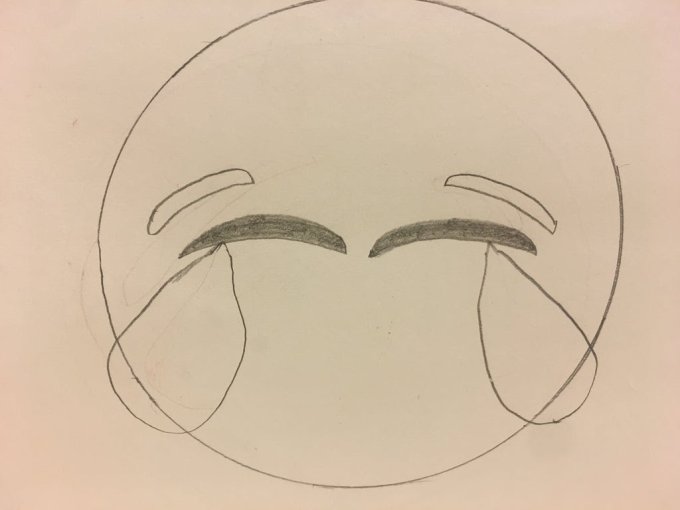 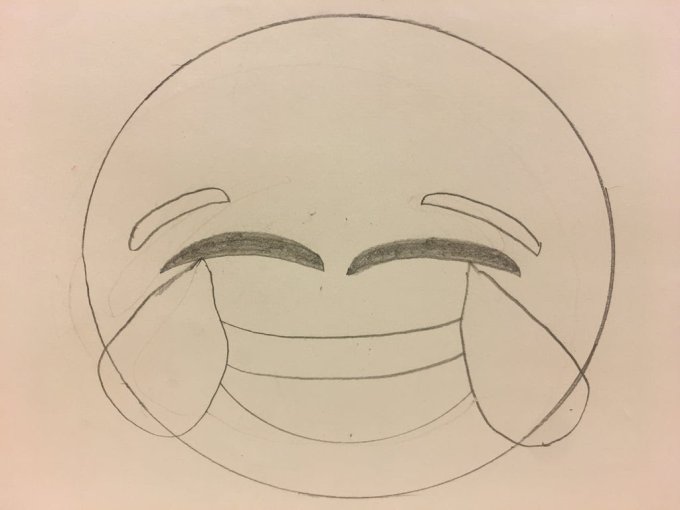 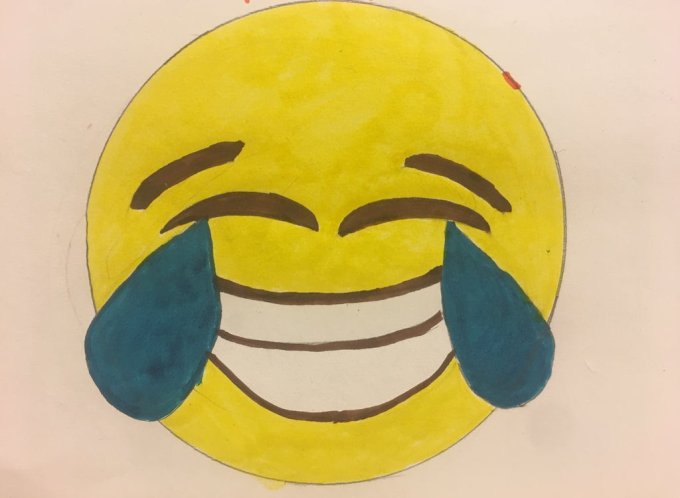 There you have it! Your laughing face Emoji is ready.

Different laughing face Emojis exist for different reactions to the news, information, and other messages. The type of laughing face Emoji you will use in conversations depends significantly on the situation and the message you are trying to pass across. This blog has shown you all kinds of laughing Emoji memes, what they mean, and how you can use them effectively. You can also easily add meme text on these Emojis with the professional Media.io Meme Generator. Moreover, if you wish to draw a laughing Emoji in easy steps, this blog also covers that aspect. Cheers!