Google Search is undeniably the most widely used search engine today. It’s even hard to believe it just turned 22 years recently. That said, Google Doodle celebrated its 22nd anniversary on September 27, 2020. A few days later, the company launched its first Google Pixel 5G phones – the Google Pixel 5 and Google Pixel 4a 5G. These phones don’t only offer 5G connectivity but also include Google Doodles in the all-new Google Discover feed. So the primary purpose of this article isn’t to discuss the new Pixel phones but to furnish you with the best Google Doodle designs and games.

Part 1. What is Google Doodle?

If you like Googling, then you’ve probably noticed that the company sometimes replaces its name with unique arts. These arts are what we call Google Doodles! In other words, Google Doodles are design tools that the company uses to highlight celebrations, historical events, and world issues on its homepage. Google changes these fun illustrations daily, depending on the international or national event in your country.

Below are the best Google Doodle designs since 1998:

Have you ever heard of the Google 4 Doodle competition? This competition has been around since 2009 to encourage elementary school kids to design Doodles. In 2016, Akilah Johnson, a US winner, created the “My Afrocentric Life’’ art using mere markers, pencils, and crayons.

This inspiring Google Doodle story highlights the works of thirteen historical women. In the Doodle, a grandmother tells her little one an entertaining bedtime story.

You’re probably familiar with this handy office tool. On November 14, 2017, Google decided to pay tribute to this humble creation that has revolutionized human lives.

During the 2014 winter Olympics competition, the world protested against the oppressive Russian homophobic laws. Fortunately, Google didn’t play nice with the company unleashing this rainbow-hued Doodle that speaks 1000 words.

On April 16, 2011, Google and the world celebrated the 122nd birthday of the greatest silent film era superstar – Charlie Chaplin. He wrote and produced 80+ movies in his illustrious career. To honor him, the company designed its first-ever action Google Doodle. 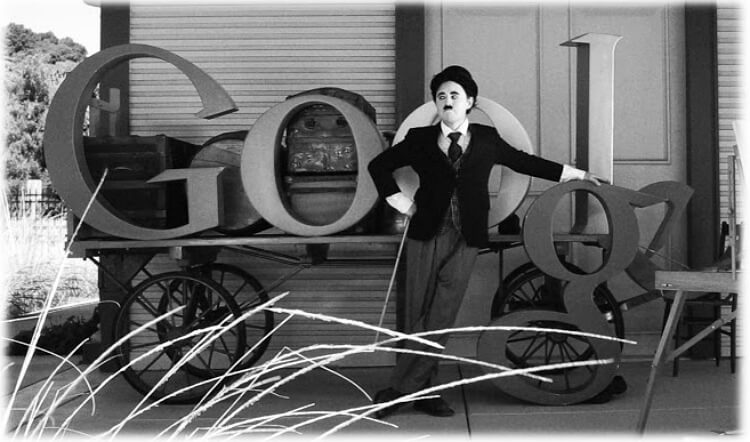 On February 1, 2014, Google created this Doodle to celebrate Harriet Tubman’s exemplary life. In the design, she carries a lamp to symbolize her struggling life to escape slavery and rescue others in the process.

Carnaval De Barranquilla is a Columbian festival celebrating African-European traditions when people visit Barranquilla on the Caribbean coast to watch floats and dance in the streets wearing a “Marimonda” mask. On February 22, 2020, Google celebrated the festival with this Doodle that features joyful people wearing colorful masks and costumes.

44th Anniversary of the Birth of Hip Hop

The Hip Hop music genre is undoubtedly here to stay. On August 11, 1973, Google celebrated one of its founders, Kool Herc, an 18-year old Jamaican-American DJ who threw a big party in New York. Instead of playing full songs, he decided to play instrumental sections only, or “breaks,” where the crowd went wild. During these “breaks” his friend Coke La Rock hyped up the crowd with a microphone. And that’s the birth of Hip Hop.

It would be unfair to finish the countdown without reserving a place for this special Google Doodle. Google celebrated its 20th birthday on September 27, 2018, with this colorful art. 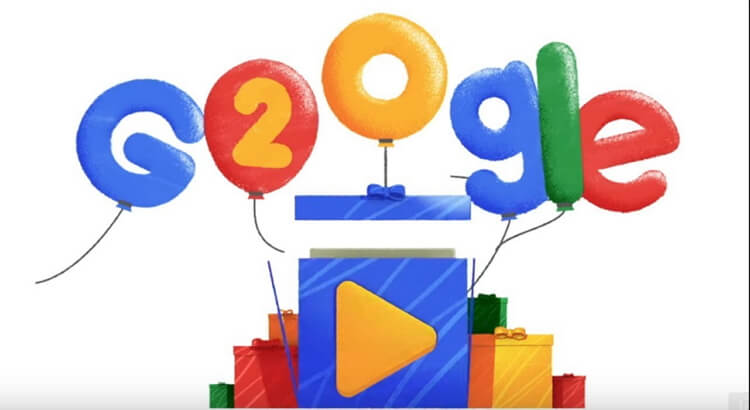 Let’s now list the most popular Google Doodle games of 2020:

Slalom Canoe was launched on August 9, 2012, to celebrate the London 2012 Olympics. In this fast-paced but entertaining game, you’ll navigate through a river while avoiding obstacles like frogs and rocks. You must pass through the checkpoints, though.

Hurdles is a 2012 sport-inspired Google Doodle game that lets you jump track hurdles using your keyboard arrow keys. Unfortunately, this game is only available for desktops.

Loteria is a 2019 Google Doodle game designed to celebrate Loteria – a traditional Mexican card game. Playing this game is super-easy as it features simple-to-understand tutorials to guide beginners through the first round.

To commemorate Wilbur Scoville’s 151st birthday on January 22, 2020, Google designed this Doodle Game. In the game, you’ll use the Scoville Scale to measure the amount of heat produced by peppers. You’ll control the ice cream cone as you toss the scoops at peppers to beat the heat.

Google Soccer is a 2012 soccer game where you’ll play as the goalkeeper trying to stop shots. You only need to use your keyboard or mouse to control the keeper. Not bad!

Do your kids love to code? Introduce them to this coding game developed by Google on December 4, 2017, to celebrate 50 years of kids programming languages. It’s a nice challenge for adults, too.

The 2017 Valentine’s Day was indeed a special one, at least for Google. In return, the company released this entertaining Google Doodle series that you can play on your mobile. In the game, you’ll accompany the pangolin across the vast Ghana landscape, picking cocoa beans in the process.

Created in 2016, Halloween is a Google Doodle game that’s enjoyed by many Halloween fans worldwide. In the game, a cute cat from the Magic Cat Academy fights off ghosts to save her friends. So, drop all you’re doing and save the day!

Doctor Who was created after multiple requests from the vast Google fraternity. This intriguing mini-puzzle game is based on a popular British TV show and has six levels. It’s fun, compelling, and infuriating at the same time.

There’s nothing more relaxing than filling your favorite, old-fashioned crossword puzzle. On December 21, 2013, Google commemorated 100 years of this famous brain-teaser with this Doodle. If you’re feeling sharp and motivated, try this one!

These are the best Google Doodle games and designs of 2020. Every day, you can log into Google using the Chrome browser to find out what’s going on around you and the world in general. You can also wind up after long office hours with these free Google Doodle games. Enjoy!

Pro Tip: With your Chrome browser, you can also convert all popular video file formats using Wondershare Online UniConverter. This online conversion website is free, open-source, and simple to navigate. You can upload files from Dropbox, Google Drive, YouTube, or local storage. You can then export your video to MP4, MOV, VOB, FLV, and other video file formats. Below are the simple steps to convert between video formats:

Choose a target video file format and then hit the Convert button. You can now download your converted video and enjoy it.