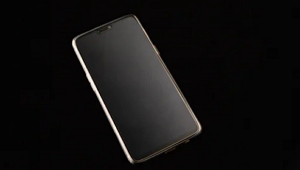 The first three Huawei Mate 40 modes spot very similar designs. Out of the box, you'll see a big circular Space Ring camera design at the back that reminds us of Apple's old iPods with click-wheel. The Space Ring houses the Leica-branded cameras. The Mate 40 RS departs from this design, though, with its octagonal camera arrangement. Huawei has also reintroduced the physical volume button to supplement the virtual volume rocker located on the waterfall screen's edge.

Quickly moving on to the colors, the Porsche Design Mate 40 RS comes in either Ceramic Black or Ceramic White, similar to the Mate 40 Pro Plus. The entry-level Mate 40 and Mate 40 Pro are available in Mystic Silver, White, Silver, Yellow, Green, and Black. I like the Mystic Silver color because you can easily spot the phone in any environment. Another thing, the Huawei Mate 40 Pro, Pro Plus, and 40 RS are IP68 rated for water and dust resistance. The standard Mate 40 is IP53 rated. 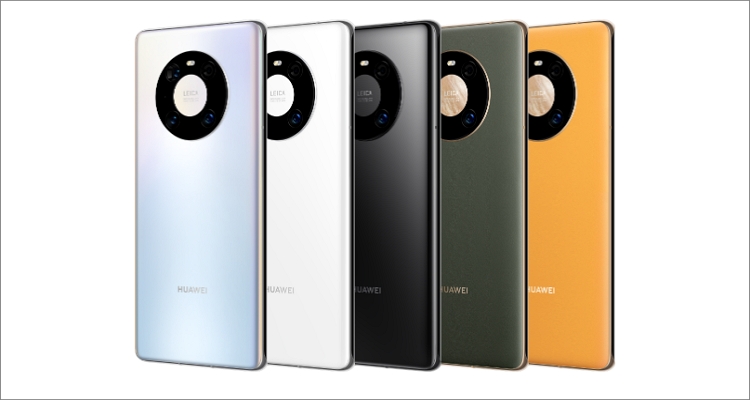 Credit where it's due; the Huawei Mate 40 lineup boasts big and beautiful screens. To start with the standard Mate 40, you'll get a 6.5-inch curved (68-degree) OLED panel that supports a 90Hz refresh rate and 2376 x 1080 pixel resolution. The screen also has a fingerprint reader. The Pro, Pro Plus, and RS all boast bigger 6.76-inch displays with a higher 1344 x 2772 pixel resolution and a steeper 88-degree curvature. The three premium phones also have an impressive screen-to-body ratio of 94.1% and a 90Hz refresh rate. The 90Hz refresh rate gives you a smoother operation compared to 60Hz. 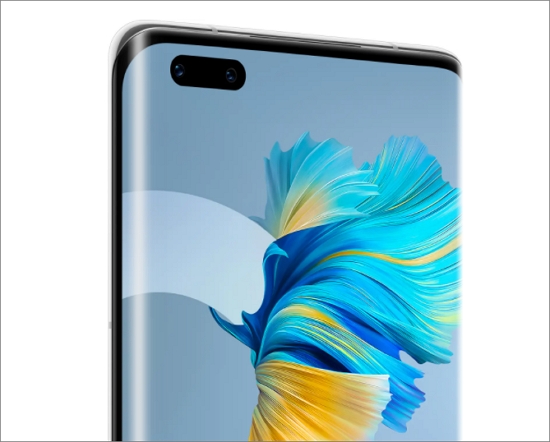 The Huawei Mate 40 Pro camera system and its siblings spot a massive 50MP (f/1.9) SuperSensing rear wide. As usual, a bigger megapixel means better low-light performance and more precise color and detail. Also, the iconic Leica Imaging offers excellent portrait shots and vivid colors in any surrounding. However, other camera features vary a little bit. On the entry-level Mate 40, you'll get an 8MP 85mm telephoto that offers 3x lossless optical zoom. While this is obviously impressive, the Pro and Pro Plus take it a notch higher with their 5x and 10x lossless periscope sensors.

For the Mate 40 RS Porsche Design, you'll get a 50MP wide, 20MP Cine ultrawide, 12MP telephoto with 3x optical zoom, and an 8MP SuperZoom with 10x optical zoom. With the Cine Camera, users will enjoy super-steady shots with ultra-slow motions even under darkness covers. You'll also get a wider dual 13MP (f/2.4) front camera that supports 3D face unlock. The camera can also automatically adjust the FoV (Field of View), depending on the faces available. Further, the HDR Fusion Engine will help you take some excellent 4K clips with real-time HDR processing. 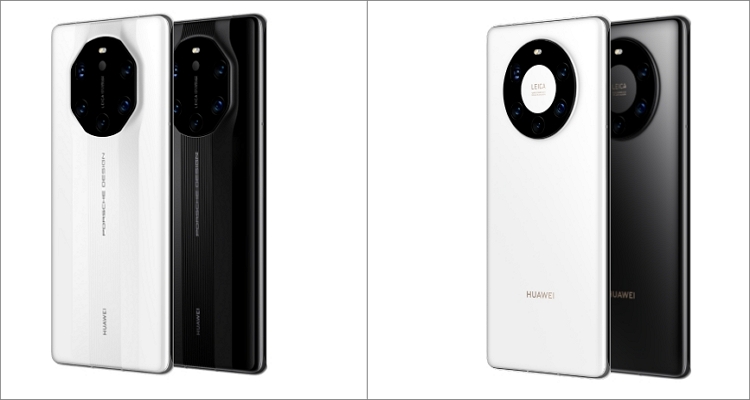 All of these Huawei 5G phone models run on a Kirin 9000 chipset. Much like the powerful A14 Bionic processor on the iPhone 12 models, the Kirin 9000 a 5-nanometer chipset. According to Huawei, this chipset is 10% more efficient than the renowned Snapdragon 865+, thanks to the 15.3 billion transistors. Now, that's 30% more transistors than the A14 Bionic chip. The company also claims the 24-Core GPU is 52% quicker than the Snapdragon 865+, while the Neural Processing Unit (NPU) is 2.4x faster. So if you're a fan of mobile gaming, the fast GPU should come in handy.

As for the storage, the smaller Mate 40 boasts 8GB RAM with 128GB of internal storage. The Mate 40 Pro comes with a similar RAM storage capacity, although with memory flexibility of 512GB and 256GB. The Pro Plus and Mate 40 RS features 12GB RAM with 256GB of internal memory. 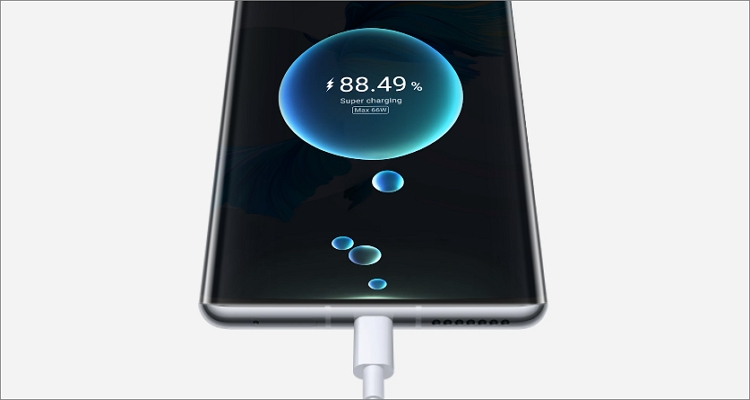 As expected, there's no Google Mobile Services, which means no Google Maps. But you can make do with Peta Maps – Huawei's navigation map. This app works tremendously and is backed by excellent TomTom mapping that looks great. Although it's not yet available in all countries, it's undoubtedly a great start.

The upgraded EMUI also comes with other exciting features. For instance, you'll get the Hi, Celia, Huawei's own version of Google Assistant. This voice assistant supports up to five languages and is available in fifteen countries. The Privacy and Protection feature also gives you no disturbance, no tracking, and zero exposure when you're browsing the web. In other words, websites and online advertisers can't track your online information.

If you love the AoD (Always on Display) function, Huawei Mate 40 Series offers an improved dynamic graphic AoD. This makes the screen more beautiful and customizable. On top of AoD, you'll also get an EoD (Eyes on Display) feature. In this case, your phone will light up whenever you look at it.

The Gesture Control on the previous Mate 30 Series also sees a massive upgrade. Previously, there was only up and down air scrolls. But now you can also scroll left or right and even press. In the meantime, the Smart Multi-Window feature removes interruptions by allowing repositioning, resizing, and organizing of windows, just like on your computer. And lest I forget the Multi-Screen Collaboration feature that enables users to multitask between devices like PCs, smartphones, and tablets. 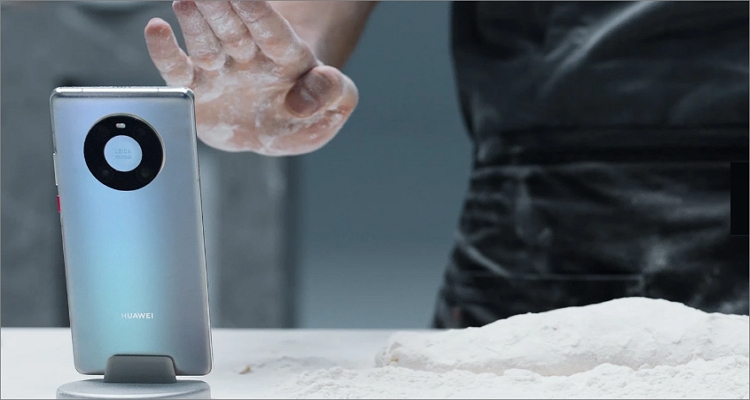 Huawei is certainly doing great in the competitive smartphone market, despite the lack of Google Mobile Services. The powerful camera system and upgraded EMUI overlay supported by open-source Android 10 and Huawei Mobile Services is a big boost. Simply put, the Mate 40 lineup is one of the best in the ever-evolving smartphone world. You can also check out our iPhone 12 vs. Samsung S20 detailed comparison.

Pro Tip: With a 50MP smartphone camera, it's apparent that you'll be taking pictures frequently. However, you may need to convert JPG image files to a different photo file format like PNG. In that case, I recommend Online UniConverter (Originally Media.io). With this online app, you can convert JPG photos to PNG, BMP, GIF, or TIFF anywhere, anytime. Just open your updated web browser and apply these steps:

Open Online UniConverter website on your web browser and then tap Online Tools. Now proceed to choose the Image Converter tool under the Image section.

Open the "Convert all files to" menu list and then select a new image file format. You can also click the Settings icon to set a custom size for your image.

Finally, tap CONVERT to begin transcoding your JPG photos to a new image format and size. Download and share! 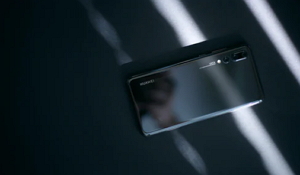 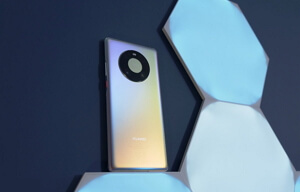