BLOG › Record Video & Audio › How to Record Screen on Huawei

How to Record Screen on Huawei 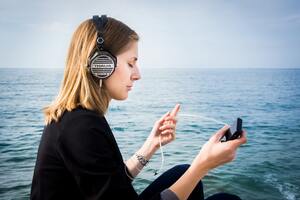 Most of the time, people use Android and iOS mobile devices cameras to record videos and photos of their daily life and fun moments. This is very easy, but sometimes you need to record the screen of your mobile as well, so do you know how to record the screen of your mobile? If you are using a Huawei mobile and looking for Huawei screen recorder, then you don’t need to worry about it. Here we are going to share about how to record screen Huawei mobiles with ease.

Huawei mobiles allow you to record the Huawei screen using different methods. There are mainly two types of methods available to record screen Huawei. Now we will see how to use these different options to record Huawei screen one by one.

First, knock on the mobile screen two times to launch the Recorder, just like the attached screenshot. 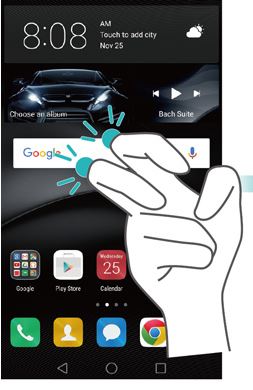 Now select the output format in which you want to record the screen, and then the mobile will start recording your Huawei mobile screen. 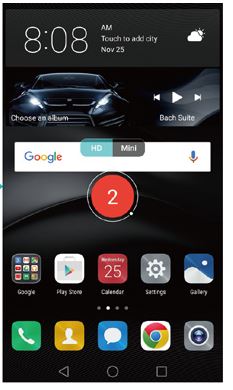 Hold the mobile in your hand and then press the volume up and power buttons together. Now the screen recorder of the mobile will be launched. 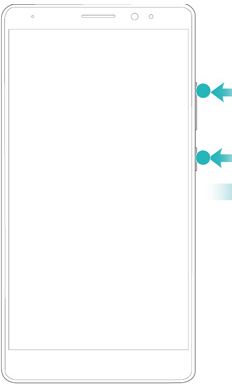 After launching the recorder, select the format, and then the screen recording will be started. If you want to record the sound as well, then tap on the microphone icon, and the program will begin recording the audio. 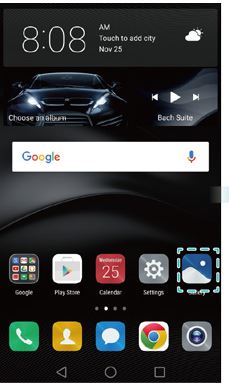 Part 2. Where is the Recorded Videos Save?

Firstly, you need to finish the recording. You can do this by knocking the screen two times just by pressing significant and volume up buttons together. After completing the recording, it will save the recorded video on your screen. Now follow the steps below to find the saved video.

The recorded videos are saved in the Gallery > Screen Recording folder by default on your Huawei mobile. So now press the Gallery icon on the mobile.

Now tap on the Albums icons form the main navigation and then find the Screen Recordings folder to find the recorded videos. 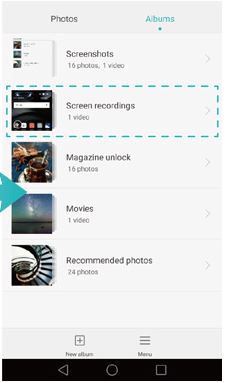 This is all about Huawei's record screen for free using the inbuilt screen recorder of Huawei mobiles. While using the latest versions of Huawei, you can do your entire screen recording without installing any third-party app. Once you have recorded the screen using the Huawei screen recorder, you can also share those videos on the social media sites directly using the sharing option of the mobile.

Let us introduce one more screen record software for PC and Mac. Use it to record your computer screen easily.