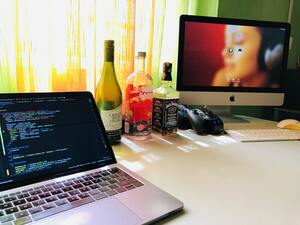 With present-day Android smartphones capable of performing multiple activities, the need to record the screen arises quite often. So if you want to record a streaming video, create some educational video, record a video call or any other activity, there is no dearth of Android phone screen recorder apps. To help you choose the app that best fits into your requirements we have shortlisted the top screen recorder for android apps as below.

This is one of the best mobile screen recorder for Android where there is no requirement for root access and the app allows recording without any watermark and without any time restriction. The app does not contain any ads and comes with quick and simple one action for starting and stopping the file recording. You can pause as well as again start recording the screen using the app which is the feature that is not supported by the other similar apps.

This is an easy to use screen recording app that supports full HD recording with 12.0Mbs and 60fps quality. The recorded screen can be saved to your External SD memory card so that you can record without any limitations. Several video editing features like trim, cut, and others are supported to enhance the recorded file. There is no forced watermark on the recorded videos using this video recorder for Android.

Majorly used for gaming, this amazing Android app is capable of performing a host of other functions as well including screen recording. Using Google Play games anything can be recorded but only in 720p and 480p quality. Once the recording interface appears, you just need to exit from the app to start the recording process.

This is a flexible app that allows recording your screen in decent quality. The app allows audio recording through the mic for a maximum duration of up to 1 hour and thus works as a decent Android screen recorder with audio. With Android devices using the older 4.4 version, the root is required. Recording can be done without sitting in front of the device and can be simply stopped by shaking or closing your screen.

The screen recording app for Android works on running on Lollipop 5.0 and the above version of the OS. The screen can be recorded along with the audio and option to pause and resume the recording is also there. With any ads, the interface is clean and allows choosing the resolution, fps, and bitrate for the recorded file. The app works without rooting and comes with floating controls.

Simple to use, the app records your screen along with the audio without any time limitation or a watermark. HD quality videos up to 50fps, 32Mbits/s bitrate, and 1080p can be recorded. The Pro version of this video capture Android tool support recording countdown and also an option to stop the process when the screen is locked. MP4 or MKV can be selected as the recording format and there are multiple options for optimizing the video.

As the name suggests, the app works on Android 5.0+ devices and needs no rooting. The screen can be recorded in full-screen resolution along with the option to use cameras as picture-in-picture. You can set the orientation, bitrate, and resolution of the file and store the recording on the SD card. Option for recording the audio, start delay, and stop the recording on screen off is also there.

Record your screen without any time limitation, rooting, or watermark using this user-friendly app. With high-quality support of up to 1080p, 12Mbos, and 60fps, the video resolution, bit rate, and frame rate can be selected as needed. A floating window or notification bar can be used to pause as well as resume the recording. Option for Facecam recording is also there along with a built-in editor to customize the files. Using the app you can also convert your part of the videos in GIF file.

Though popularly used for video streaming, the app also supports to record and save your screen as well as streaming videos in HD quality. The interface is user-friendly that supports a quick recording process. Other features include streaming live video from the phone, browsing for the live streams, screencasting, sharing live videos on social networking, and others.

The app mainly allows viewing and controlling your Android device on your computer using the mouse and the keyboard. To facilitate remote assistance, the screen can be shared. So if you wish to play some games or do some activities on your PC while controlling the Android device, this is a good app to use.

The table below compares the above-listed apps on various parameters.

So whenever you get stuck in a situation of how to record your screen android, install the screen as mentioned above, capture app Android and get your Android screen recorded in a hassle-free manner.

Are you also looking for a desktop screen recorder for Windows or Mac? Wondershare UniConverter is waiting for you. You could use it to record screen and edit and convert the recorded video with ease.