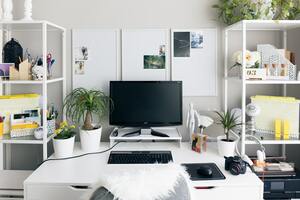 ‘The Best’ is a relative term, and its meaning may vary from person-to-person. Depending on your inclination toward technology, how much hands-on you have in using various programs, and the features you’re looking for in an authoring tool. You may find some programs quite useful to screencast Linux computer screen while the same apps might not serve the purpose for others.

Regardless of the options you have in a sophisticated Linux screen recorder. The sole purpose of the program is to capture your computer screen without any flaws or lags, and most importantly, without having you to go through the complex process of recording, editing, and saving the Linux screen capture video.

That said, the following is a list of 12 best screen recorders for the Linux platform that most of the users find useful because of their one or more features.

First in the list is SimpleScreenRecorder, a freeware screencasting tool with quite a user-friendly UI that allows you to record your Linux screen with ease. Some intelligent features this program offers include: 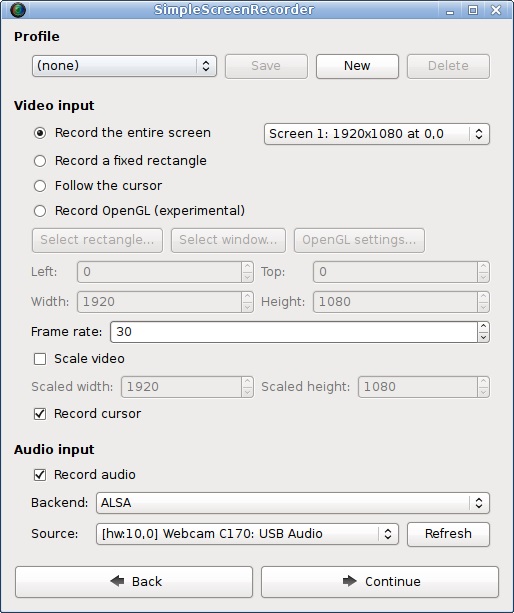 recordMyDesktop is yet another opensource easy screen recorder Linux users can try. The program has both command line and window-based interfaces written in C and Python languages, respectively. Allowing you to screencast videos in Theora and audio in Vorbis formats, the program:

recordMyDesktop is compatible with all major variants of Linux.

Vokoscreen is a multilingual open-source screencasting program that records your computer screen and audio using the mpeg4 encoding algorithm compression method. Enabling you to save the recorded files in both *.mp4 and *.mkv formats, Vokoscreen offers the following key features:

Vokoscreen is available for Ubuntu, Debian, OpenSUSE, and Fedora variants of Linux for both 32-bit and 64-bit versions.

ScreenStudio, another opensource program, allows you to record your computer screen in full HD resolution. Without having users to make any advanced and core-technical customizations, ScreenStudio is a ready-to-use program with the following key features:

ScreenStudio is compatible with Linux (Ubuntu), Mac, and Windows platforms. However, the Windows variant of the program is still in beta/experimental phase. 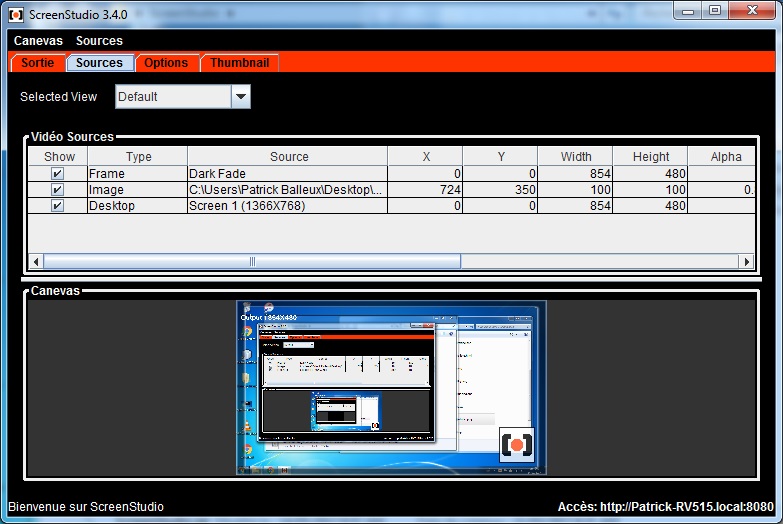 Kazam Screencaster can be installed on Ubuntu, Natty, Lucid, Oneiric, and Maverik distributions. However, at the time of this writing, technical support is only available for Ubuntu 12.04 Precise Pangolin. 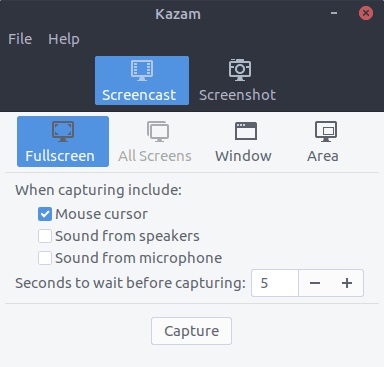 In addition to supporting almost every video file format, VLC Media Player, one of the most popular and widely used media players, also lets you record your computer screen once configured correctly. A few other key features that the program offers include:

VLC Media Player is available for almost all variants of Linux, macOS, and Windows platforms. 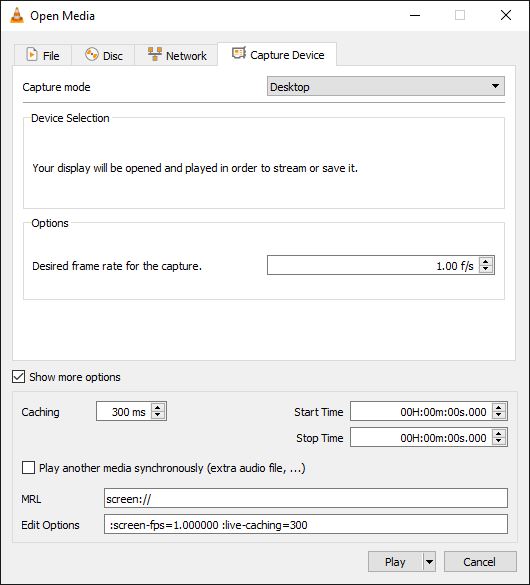 If you’re fond of precision and professional-like output, you may find OBS Studio or Open Broadcaster Software Studio, an opensource program, the best screen recorder for Linux. With fully arrangeable user interface that lets you personalize the entire layout to fit your needs, OBS Studio has various features that are mostly available only in paid applications. For instance: 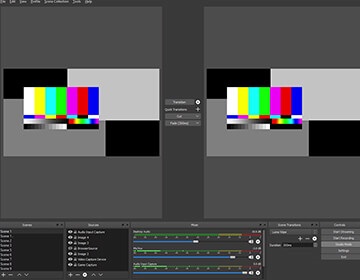 Being a professional trainer, if you’re looking for an opensource authoring tool to screencast your educational and instructional video tutorials for your trainees or platforms like Udemy, Lynda, or Pluralsight, KRUT Computer Recorder might be a solution you would love to try. Some key features that KRUT offers are:

KRUT Computer Recorder is available for both Linux and Windows operating systems. 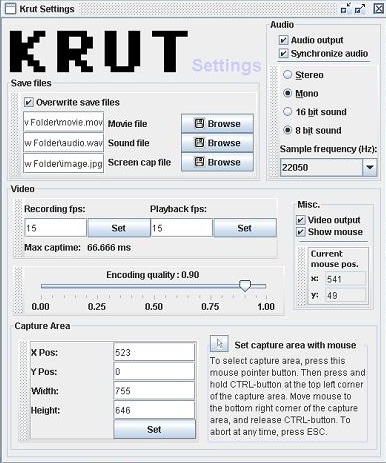 Gifine is another lightweight opensource Linux video recording software available via the GitHub platform. In addition to recording your computer screen, Gifine also allows you to:

At the time of this writing, Gifine is available for Ubuntu. 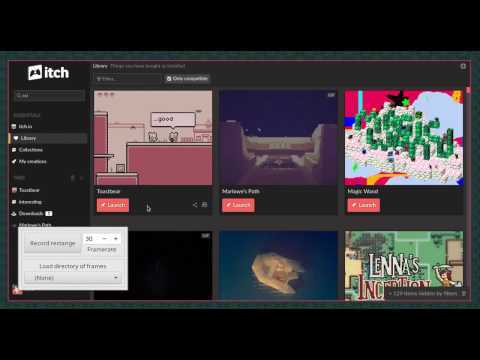 Initially developed to create short *.GIF files, Peek also allows you to export the recordings to *.MP4 or *.WebM formats. Although not enough feature-enriched to be used as a full-fledged authoring tool, the following key features still make the program worth trying: 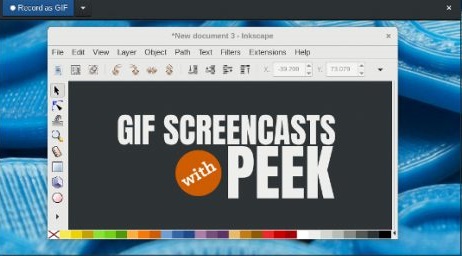 Developed for trainers, Wink is an efficient freeware authoring tool that allows you to record your computer screen to create video tutorials of all types. Some additional key features make Wink even more useful for many instructors. For example, Wink:

Wink is available for all 32-bit Windows and many Linux versions. 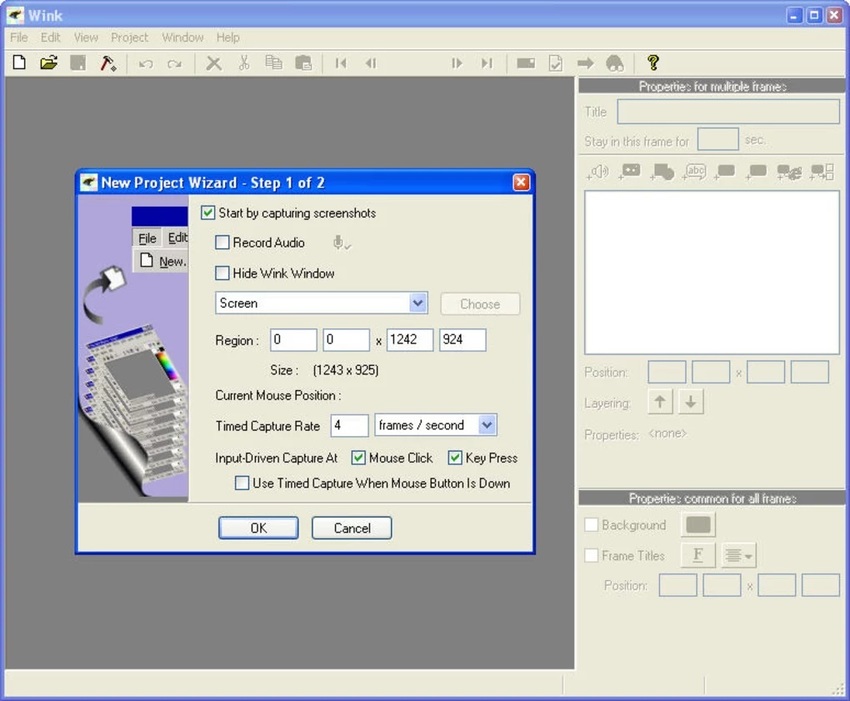 Written in Python programming language, Freeseer is one of the best opensource tools for people who wish to capture their computer screen during conference sessions. In addition to this, the program also lets you create short video tutorials, product demonstrations, custom lectures, etc. while the following key features are icing on the cake:

Freeseer is available for both Linux and Windows platforms (with their dependencies). However, it’s preferred to install the x86 (32-bit) version on Windows. 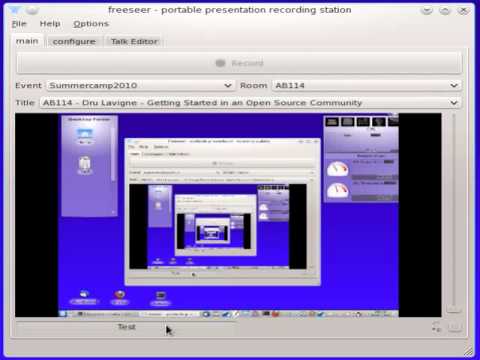 If you are a professional instructor who wishes to produce your video tutorials, or you are working as a corporate person who occasionally uses a screencasting software to explain how to operate a particular program or surf and use a website, your first priority could be to have a video recording tool that has all the features that fulfil your needs.

The next thing you might look for is an open source Linux screen recorder, and if it is not available or is not efficient enough to give what you’re looking for, you may go for the cheapest one available. That said, although there might be several other free or paid Linux video recording software, those listed above are appreciated by many users for one reason or the other.

If you're looking for Windows and Mac Screen Record, Wondershare UniConverter could be one of your best choices.